While it might not have had all of the bells and whistles we’ve come to expect today, you have to start somewhere, right? In this article, we’ll look back on the history of augmented reality to better understand its potential future impact.

Don’t have time for the nitty-gritty details? 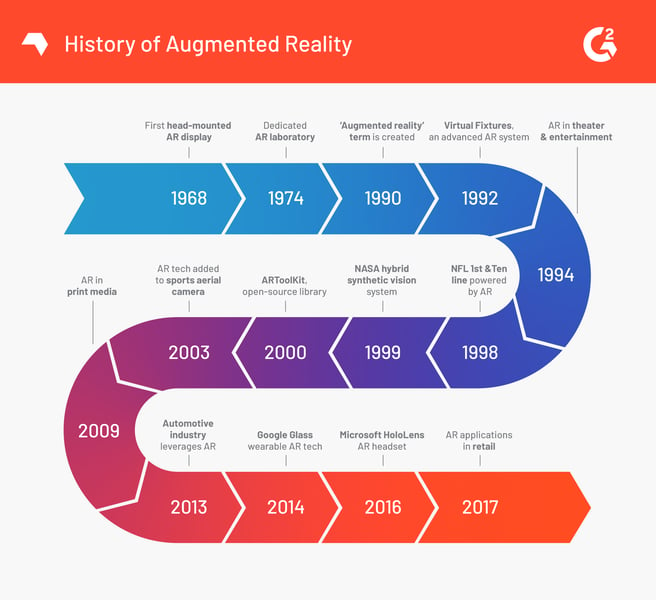 The history of augmented reality

Over the last 50 years, augmented reality technology has reshaped the way we consume content in the real world.

When was augmented reality invented?

Augmented reality technology was invented in 1968, with Ivan Sutherland’s development of the first head-mounted display system. However, the term ‘augmented reality’ wasn’t coined until 1990 by Boeing researcher Tim Caudell.

The technology has come a long way with a growing list of use cases for AR. From NASA simulations to immersive marketing experiences, augmented reality makes tasks easier – and definitely more fun!

Let's take a look back to see how AR technology was created in the first place. 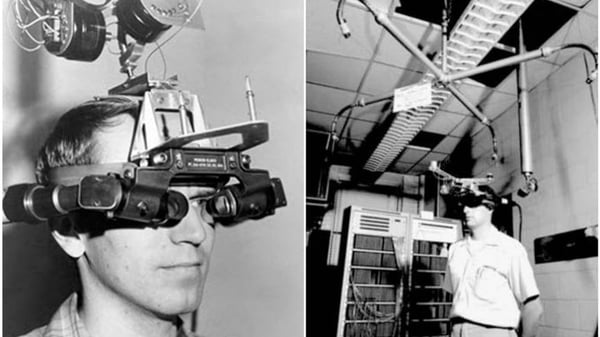 The user experienced computer-generated graphics that enhanced their sensory perception of the world.

1974: Myron Kruger, a computer researcher and artist, built a laboratory at the University of Connecticut called ‘Videoplace’ that was entirely dedicated to artificial reality.

Within these walls, projection and camera technology was used to emit onscreen silhouettes which surrounded users for an interactive experience.

Now, let's learn how AR transitioned out of the lab and into various industries and business applications.

1992: Louis Rosenburg, a researcher in the USAF Armstrong's Research Lab, created ‘Virtual Fixtures’, which was one of the first fully functional augmented reality systems. 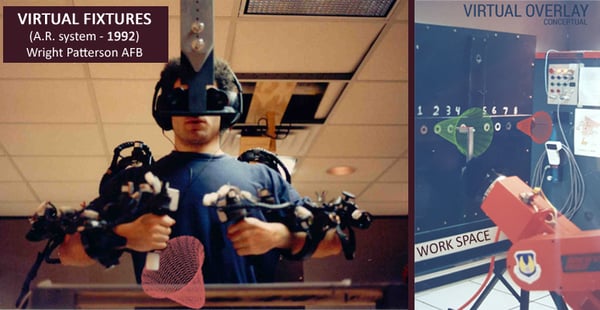 The system allowed military personnel to virtually control and guide machinery to perform tasks like training their US Air Force pilots on safer flying practices.

1994: Julie Martin, a writer and producer, brought augmented reality to the entertainment industry for the first time with the theater production titled Dancing in Cyberspace. 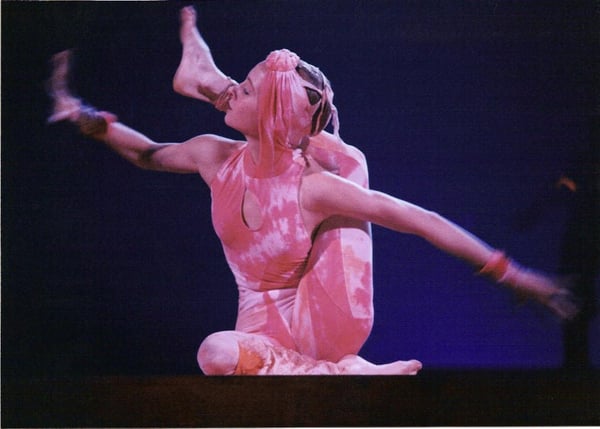 The show featured acrobats dancing alongside projected virtual objects on the physical stage.

1998: Sportsvision broadcasts the first live NFL game with the virtual 1st & Ten graphic system – aka the yellow yard marker. The technology displays a yellow line overlayed on top of the feed to that views can quickly see where the team just advance to to get a first down.

This system is still used today, although admittedly more advanced than it was in the late ‘90s. Viewers have become accustomed to the yellow line marker and other additional graphics – most don’t even know that this is a form of AR technology.

1999: NASA created a hybrid synthetic vision system of their X-38 spacecraft. The system leveraged AR technology to assist in providing better navigation during their test flights. 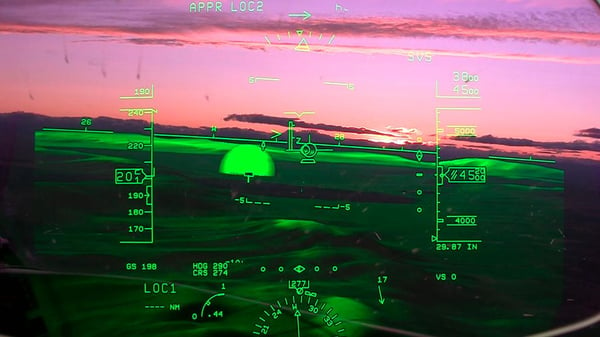 Augmented reality in the 2000s & today

By now, AR has a foothold in the fast-paced tech landscape. Let's see how its eventually rolled out to everyday consumers.

2003: Sportvision enhanced the 1st & Ten graphic to include the feature on the new Skycam system – providing viewers with an aerial shot of the field with graphics overlaid on top of it.

2009: Esquire Magazine used augmented reality in print media for the first time in an attempt to make the pages come alive.

This adaptation of AR technology was groundbreaking, as it could and would be applied to many different industries to align and streamline processes.

2014: Google unveiled its Google Glass devices, a pair of augmented reality glasses that users could wear for immersive experiences. 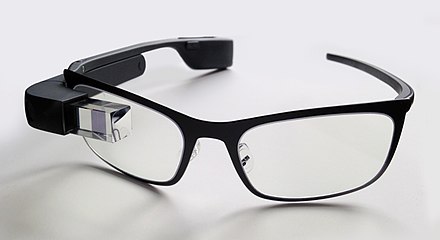 Users wore the AR tech and communicated with the Internet via natural language processing commands. With this device, users could access a variety of applications like Google Maps, Google+, Gmail, and more.

2016: Microsoft starts shipping its version of wearable AR technology called the HoloLens, which is more advanced than the Google Glass, but came with a hefty price tag. It’s definitely not an everyday type of accessory.

The headset runs on Windows 10 and is essentially a wearable computer. It also allows users to scan their surroundings and create their own AR experiences.

The app allows customers to virtually preview their home decor options before actually making a purchase.

The future of augmented reality

As we become increasingly dependent on our mobile devices, the adoption of augmented reality technology will begin to rise. AR software advances will be the way forward as the overwhelming majority of consumers have a smartphone and already take it everywhere with them, making it a convenient medium to bring AR to nearly every consumer.

The truth is, augmented reality is already used by everyday consumers – they just don’t know it. AR still seems to be misconstrued as too ‘high tech’ for your average Joe. But, the Snapchat dog filter and others are powered by AR. The biggest shift in augmented reality will have to be how its delivered to change the perception. 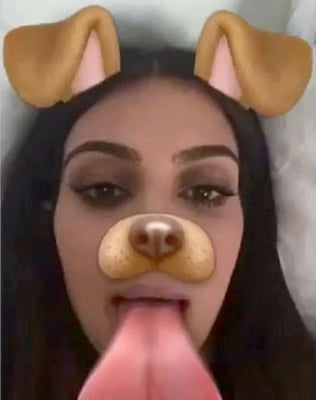 Additionally, augmented reality hardware is still behind the times. That being said, there is a big opportunity for the development of a practical augmented reality headset. Wearable tech is slowly becoming the norm and, as this trend continues, people might be more receptive to AR hardware.

The adoption of AR tech has to start with the software applications to meet the consumer where they currently are.

To infinity and beyond

In order to get a good idea of where augmented reality technology is headed, we have to look back on where it’s been. AR was built from the ground up and now is the perfect time for it to take off and soar to new heights.

Extended reality is the way forward in both consumer and business settings. Check out how AR is changing e-commerce!