There’s a good chance you’ve never covered this in your accounting classes.

There’s also a good chance it wasn’t included in your overview of the basic accounting principles, the lessons on the accounting cycle, or an introduction to cash basis accounting.

But have you ever been bogged down, studying for an exam, and wondered where all of this comes from? What is the larger picture of the accounting world that you partake in each day?

Let’s go back in time to help answer these questions.

The history of accounting: 7,000 years of bookkeeping

Below, we take a look at the history of accounting, from its origin story to its modernization. Dial up those time coordinates, and strap in for a journey that goes beyond credits and debits.

We begin over 7,000 years ago, in Ancient Mesopotamia.

This cradle of civilization was where the seeds of modern society were planted in developing the concept of a city and a written language. The agrarians of this society, as businesspeople, needed to keep track of their growth and output of crops and herds. They used a system of accounting to determine whether there was a crop shortage or surplus at the end of a period of harvest each season.

This was the earliest known record we have of accounting.

Fast forward to the Roman Empire– roughly in the 14 B.C.-63 A.D. range. Emperor Augustus is a rich and powerful leader, and the Roman government collects detailed financial information about the leadership of Augustus.

This information is published in “The Deeds of the Divine Augustus,” and features details of transactions such as grants of land and money to veterans, building of temples and other religious structures, and entertainment and gladiatorial spend. This type of concentrated, detailed record of transactions suggests an early notion of accounting in the modern sense. The Roman army also kept a detailed record of cash and commodities that were traded for.

A breakthrough in Italy

Now we come to 1494, the seminal year of accounting’s history. Medieval Europe was in the early stages of a monetary economy, and bank loans became an important part of the economy’s sustainability.  Luca Pacioli, an Italian monk, published Summa de Arithmetica, Geometria, Proportioni et Proportionalita, a book that introduced the double-entry system for bookkeeping and laid the groundwork for the future of accounting.

At the center of Pacioli’s thesis was the practice of listing an entity’s resources in a separate column from the claims upon those resources by other entities. Today, we know this practice as the balance sheet, which separates debits from credits. What the double-entry bookkeeping system introduced was a way to view a company’s financial health holistically, knowing exactly what was coming into the company and what was flowing out.

The rise of modern accounting

Pacioli’s practice of bookkeeping was transformed into a widespread, modern accounting practice in the Industrial Revolution of the 18th Century. With a period of mass production and large companies taking on never before seen levels of input and output, accounting experts were necessary to be able to keep track of all of the moving financial pieces. 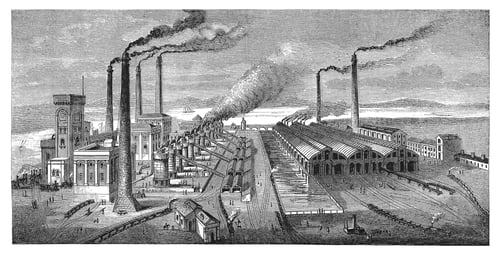 Although London was the center of the Industrial Revolution, modern accounting found its way to the U.S. shortly thereafter with the rise of the railroad industry.

The railroads were able to transport both people and goods long distances in shorter times, resulting in an explosion of business efficiency compared to pre-railroad norms. Accounting became a necessary practice for all businesses that used the industry, as cost estimates and financial statements needed to be taken care of frequently to ensure the success of the business.

From keeping tabs on the input and output of goods and services to ensure that a company was in good financial health to calm the worries of investors, accountants became essential for companies to operate.

In 1934, the U.S. Securities and Exchange Commission came into existence to certify reports by all companies that are publicly-traded. In 1973, the Financial Accounting Standards Board was created to establish the Generally Accepted Accounting Principles, setting accounting standards in the U.S.

There have also been infamous accounting gaffes along with the increased financial complexity of modern corporations. In 2002, the high-profile accounting firm Arthur Andersen faced criminal charges for failing to properly audit Enron, an energy company guilty of committing fraud. This scandal resulted in the Sarbanes-Oxley Act, which instituted a number of rules and regulations in accounting.

Where are we now?

In the 21st Century, accounting has taken off with big firms and advanced accounting software, as accountants no longer need to go at double entry bookkeeping by hand. The evolution of adding machines and computers over the course of the past 150 years has changed the very nature and efficiency of an accountant’s daily tasks. Accounting will continue to be a necessary institution at companies large and small, with new technology in the coming years only set to improve the efficiency and quality of accounting work produced.

Rob is a Content Writer at BKA Content and a former content writer at G2. Originally from New Jersey, he previously worked at an NYC-based business travel startup. (he/him/his) 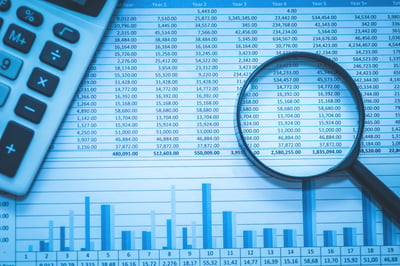 When running a business, success often boils down to the numbers that dictate a company’s... 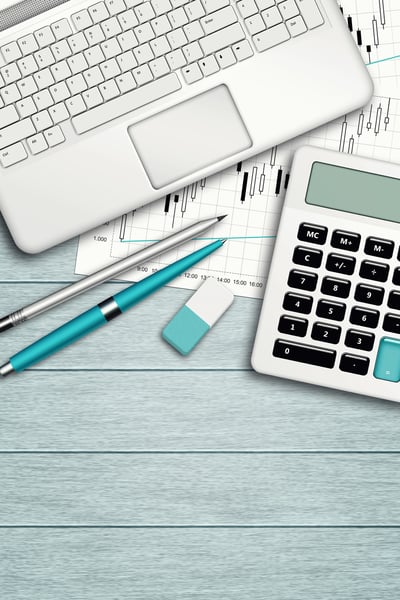 Financial accounting is no easy subject to unpack. 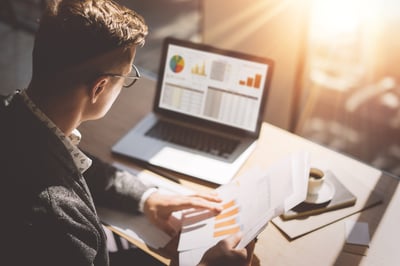 So, you know all you need to know about potential careers and have your sights set on...

Financial accounting is no easy subject to unpack.

So, you know all you need to know about potential careers and have your sights set on...