Why are all expletives beeped out at award ceremonies?

To some, these rules on profanity are an infringement on the Freedom of Speech and to others, these rules help avoid offensive content and unnecessary negative influence on our society, especially children. Yet, legal issues regarding obscenity are more important than ever in the public relations world.

But who makes and enforces these rules and regulations?

What is the FCC?

The Federal Communications Commission, or FCC, is an independent government agency that implements and enforces laws that regulate radio, television, wire, and satellite.

There are some types of speech that are not protected by the First Amendment, and the FCC often faces criticism for impeding on First Amendment rights. Let’s look into why there hasn’t been another Janet Jackson Super Bowl fiasco and how the FCC really functions.

What does the FCC do exactly?

To understand what the FCC exactly does, we have to go back to how it all began.

Up until 1934, there was the Federal Radio Commission, which makes sense because radios were the most widely used medium to communicate and entertain the masses. But once the TV started to gain popularity, it was decided that the government needed to cover more forms of trending communications.

Thus the Communications Act of 1934 was passed by Congress and the FCC was formed to regulate communications in all states and territories of the U.S.. The Act went from only regulating the radio to addressing all types of telecommunications.

Fast-forward to today, and we have seen the largest technology boom to date. The FCC’s scope of work has expanded as the digital systems rapidly grow. Today the FCC serves the public in the areas of:

One of the major missions of the FCC in 2019 is to bridge the digital divide so that there is more economic growth and increased job opportunities for those who don’t have access to technology, like computers or even cell phones.

The FCC also promotes innovation and competition, so that there is not one provider who monopolizes this industry.

Another function of the FCC is its responsibility for matters related to robocalls and texting spoofs. As the top consumer complaint, the FCC issues fines against illegal robocallers, allows phone companies to block unlawful callers before they get to your phone and empowers customers to use caller ID and blocking services.

Lastly, the FCC creates infrastructure and revises regulation as new technologies arise and the needs of people evolve.

Who leads the FCC?

Currently, the FCC is made up of 5 commissioners who are appointed by the President of the United States and confirmed by the Senate to serve for five-year terms. There are seven bureaus of the FCC that help the FCC to function as a whole. 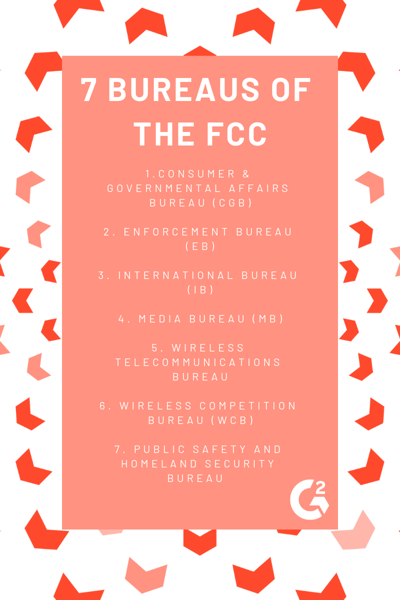 What the FCC doesn’t handle?

At this point, you probably wonder if there’s anything the FCC doesn’t do? And there are a few things, they do not regulate cases related to commercial speech and instances of libel vs. slander. This includes, but is not limited to, false advertising, product scams, and deceptive business practices.

What happens when there’s a violation?

The FCC has the Consumer Complaint Center where you can file a complaint and track its progress. If the complaint is verified, the FCC will impose fines and affect reputations, which is where there’s a major tie in with Public Relations. PR professionals focus on maintaining good reputations and when their client demonstrates obscenity or some action that is against the FCC regulations, their entire reputation can be ruined.

Each decision is made on a case-by-case basis, but the FCC cannot send people to prison, however they can hand a case over to the appropriate authorities.

Just in case you’re reading this because you want to file a case, check out this video on how to do so. You didn’t think I would tease the Janet Jackson fiasco and then not go over this famous case, did you?

I hope you’re all old enough to remember, but in case you don’t, on a cold February day in 2004, the Super Bowl halftime show included Janet Jackson, Justin Timberlake, P. Diddy, Nelly, and Kid Rock.

In the middle of Janet Jackson and Justin Timberlake’s performance, Jackson’s breast was exposed by Timberlake for a half of a second in front of 143.6 million viewers. The FCC fined CBS $555,000, but CBS appealed this decision and it was ultimately voided.

The FCC shortly after raised the indecency fines and faced a lot of backlash for increasing censorship. Others thought if nothing was done about this incident that the morality of the U.S. citizens would decrease. Complaints filed to the FCC skyrocketed and there are lasting effects felt by live broadcasting today.

Would your grandma approve?

When considering saying or doing something live to a large audience, just think to yourself, would your grandma approve? The FCC rules on a case-by-case basis so use your logic and err on the side of caution when consulting with clients or thinking about your own public image.

Want more legal advice to help maintain your reputation? Well, then learn about Trademark vs. Copyright.

Combat police brutality with a can of Pepsi. Sounds like a joke, right? Well, it wasn’t. 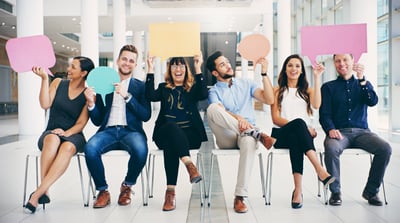 How to Successfully Conduct a Communication Audit

Managing your communications well has never been more of a challenge than it is today. 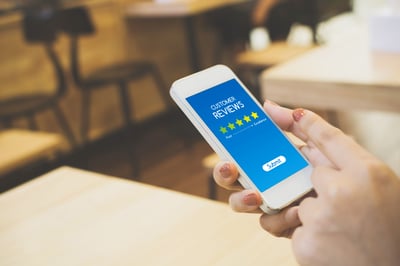 What Every Category Designer Needs to Know About G2

This is the last of five articles that make up The Newcomer’s Guide to Category Design.

How to Successfully Conduct a Communication Audit

Managing your communications well has never been more of a challenge than it is today.

What Every Category Designer Needs to Know About G2

This is the last of five articles that make up The Newcomer’s Guide to Category Design.