Those two phrases should definitely make you stop and think, “Wait a minute, what am I agreeing to right now?”

You don’t want to walk blindly into a legal contract, and avoiding breach is going to require deep review of every detail of the agreement. As you manage your own legal obligations and assume that the party on the other end will hold up their end of the deal, you need to consider the essential elements included in a contract.

6 elements of a contract

The actual contents of a valid contract are going to differ based on the subject matter. However, there are six elements that must be present for your contract to be legally binding. If it’s missing one of the following parts, it can’t be enforced.

Contractual capacity, also known as contractual competence, refers to an individual’s ability to enter an enforceable contract. Anyone can physically sign on the dotted line, but it might not be legal.

There are a few different classes of people that are not legally capable of entering a contract: minors, mentally disabled people, and intoxicated people. If a person falls into one of those categories, they lack contractual capacity.

Any person under the age of 18 (in most states) lacks contractual capacity. If a minor signs a contract, they have the option to see it through or void it at any time. The only exception to this rule is if the contract is in regards to a necessity, like food, clothing, or shelter.

Minors can only void a contract if they are still underage. If they don’t take action to void the contract while they are still a minor, once they turn 18 and become a legal adult, they can no longer claim that they lack legal capacity and void the agreement without breaching the contract.

For example, let’s say Megan signed a contract to be a brand ambassador when she was 17-years-old. She goes on to endorse the brand and receive compensation from the business for two years. At that point, when she is 19, she wants to void the contract and claims that she lacked legal capacity when she signed it. Since she has become a legal adult since she entered the contract, she doesn’t have this option.

Similarly, mentally disabled individuals can void most contracts or have a guardian void it for them. If the person didn’t have the mental capacity to understand the meaning and effect of the contract, they lack the capacity to enter a contract. Similar to contracts signed by minors, agreements involving necessities are not voidable.

Some states will use a cognitive test to measure capacity, and others will use an “affective test” which determines if the person was unable to act reasonably and if the other party knew about their condition.

People who are under the influence of drugs or alcohol are not considered to have the capacity to enter a contract. This doesn’t mean when someone is voluntarily intoxicated that courts will allow them to get out of their contractual obligations. That typically doesn’t happen. Intoxicated people still have to take responsibility for the results of their actions while under the influence.

However, if an intoxicated individual is unable to understand an agreement being proposed, and the sober party takes advantage of their condition, the inebriated party can void the contract.

An offer refers to the statement of terms and conditions to which the offeror is willing to be bound. It expresses the willingness to abide by certain terms that will become binding as soon as the offer is accepted by the offeree. Some offers present a promise to act or not act in a certain way in exchange for a promise to do the same, and others will anticipate a promise in exchange for a different kind of action.

For example, if you run a dog walking business, your offer would include a promise to walk somebody’s dog in exchange for compensation from the owner, or the offeree.

Courts differentiate pre-offer negotiations from actual offers based on the lack or presence of intent to form a contract. A contract is not formed when parties respond to each other’s requests or invitations.

Advertisements are often a topic of discussion when it comes to distinguishing between preliminary negotiations and offers. If a business makes an advertisement, they are not bound to a contract with anyone who might have read it.

An offer can only be made legally binding if it includes key contract factors of that nature. Depending on the subject matter, these items will vary.

However, to give an example, if you were going to sell your car and you drew up a contract for yourself and the buyer, it would have to include details like the date of the transaction, the price of the car, the terms of payment, and a thorough description of the car. If the requirements of a certain type of contract are not met in the offer, the “contract” might be classified as an advertisement.

An offeror has the option to revoke their offer on two conditions:

If an offer is revoked or rejected, the offeree no longer has power of acceptance and the offeror is no longer liable for the terms included. Rejection can be an outright refusal, or implied if the offeree presents a counteroffer.

If an offer is not rejected, the contract will continue until the expiration date or until reasonable time has passed. This is determined by what a reasonable person would consider enough time to accept or reject the offer. The death or insanity of either party terminates an offer, regardless of how much time has elapsed.

The acceptance of an offer expresses willingness to abide by the essential terms and conditions of the contract. Acceptance must be made in a manner specified by the offer. If there is no specific means presented, the offer must be accepted in a way that is seen as reasonable for that specific situation.

Three things must happen for an acceptance to be valid:

The timing of acceptance is also important to note, especially when it concerns the offeror’s ability to revoke it. Courts are split on this issue. A majority rules that the acceptance is official when it is sent to the offeree, but the minority claims that it is at the point of reception.

This part is pretty straightforward. A contract’s legality refers to whether or not the terms and conditions are consistent with the law. If the subject matter of the agreement isn’t legal, the contract isn’t valid. Contracts can only be formed for legal purposes.

Simply put, consideration is the exchange of one thing for another. Both parties of a contract must provide something of value that makes the other want to agree to it. The item of value doesn’t always have to be money. It can be an item, completing an action, or refraining from an action.

Doing something voluntarily doesn’t count as consideration. Say your neighbor noticed that your plants were dying and took it upon themselves to water them for you. To express your appreciation, you give them 10 dollars for their trouble. If your neighbor does this again the next week, they can’t legally expect you to pay them again because they are performing the action voluntarily.

Similarly, if someone is simply performing one of their existing duties, the court will not see their actions as consideration.

In some cases, one party might not be providing consideration, but is instead relying on a promise they made to provide value later on. Someone that is only performing certain actions based on a promise made by another party can enforce promissory estoppel, which is a principle that states a promise can be enforceable by law, even if the promise is made without formal consideration.

For example, say your employer, the promisor, says you will get a 15% raise if you, the promisee, work at the company for two years. One year in, your employer says now you’ll only get a 10% raise after the two years of working there. You can enforce the original promise under promissory estoppel.

Mutuality is especially important when one party isn’t given the option to cancel the contract. Some of these situations allow one party to perform their obligations at their own discretion without ridding the other party of their requirement to perform. Courts will likely void these types of contracts because they lack mutuality of obligation.

To avoid a court invalidating your contract for lack of mutuality, you must limit both parties’ abilities to cancel the contract.

How is a contract organized?

The length, language, and contents of a contract will vary depending on the nature of the situation. However, when it comes to organizing all of those elements of a contract, it’ll likely be separated into the following nine sections:

There might be a few extra sections depending on the subject matter, but contracts will typically follow a similar format.

Does a contract have to be written?

With all of those contract elements and the organization in mind, you might’ve reached a point where you asked the question: do all contracts have to be written?

Typically, no. The more accurate answer, unfortunately, is that it depends.

Technically, there are only two things you need to make a contract legally binding and valid:

There are a few situations where contracts need to be in writing to be valid. Certain states often require that real estate agreements and any contract that is going to last longer than a year be in writing. If you’re writing up a contract, make sure to check your state laws to see if a written document is necessary for the contract to be valid.

Even if a written contract isn’t required, it’s never a bad idea to draw one up just in case. Oral agreements can be difficult to prove and important details can easily be left out or forgotten.

Throughout the course of our lives, we will encounter a decent amount of contracts. Whether it be an apartment lease, employment agreement, or bill of sale, abiding by them can shape the way we live and act every single day.

So before you make that agreement, make sure to consider the six key elements of a contract.

If you’re managing multiple contracts, there's going to be a lot on your plate. Implement contract management software to keep everything in order. 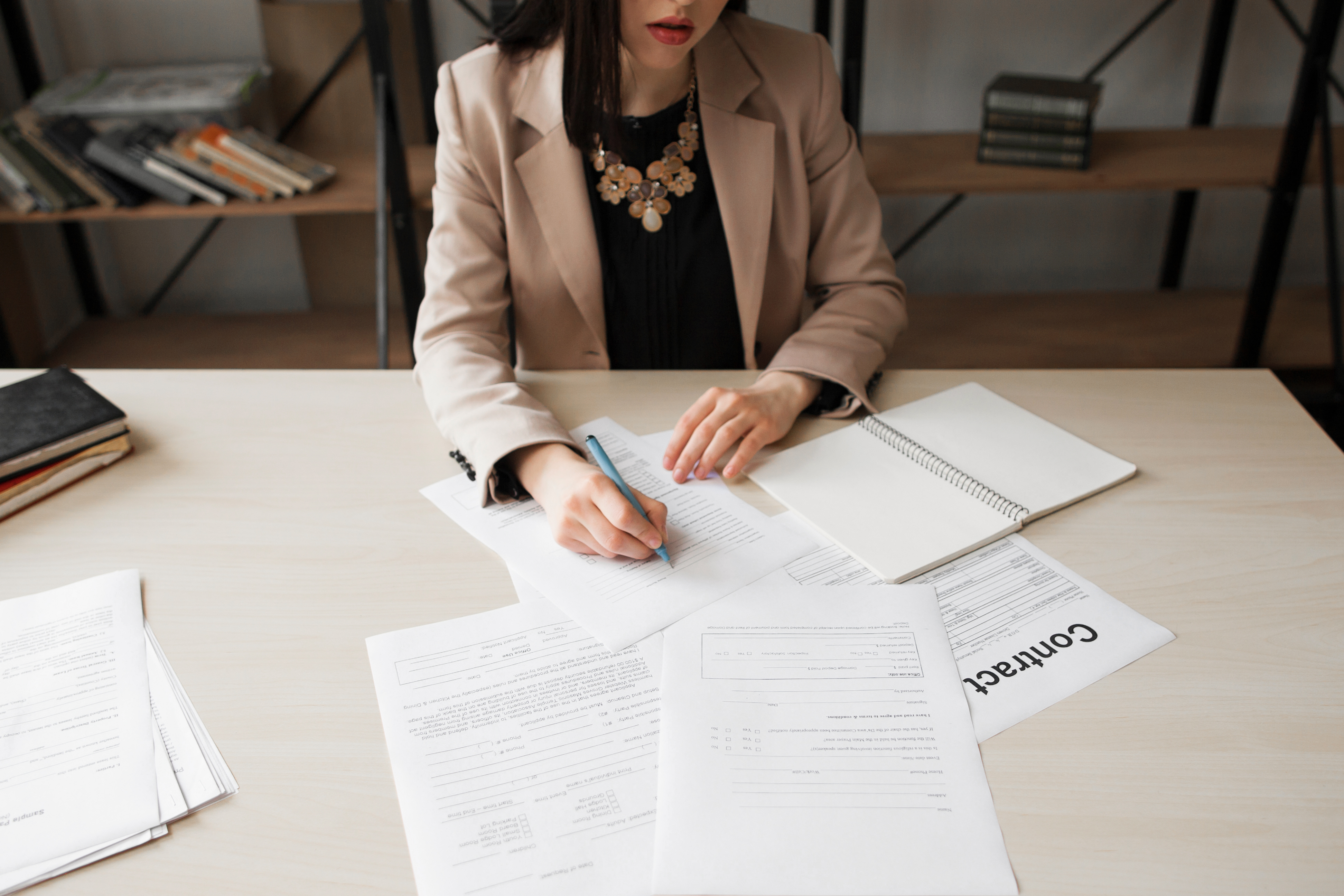 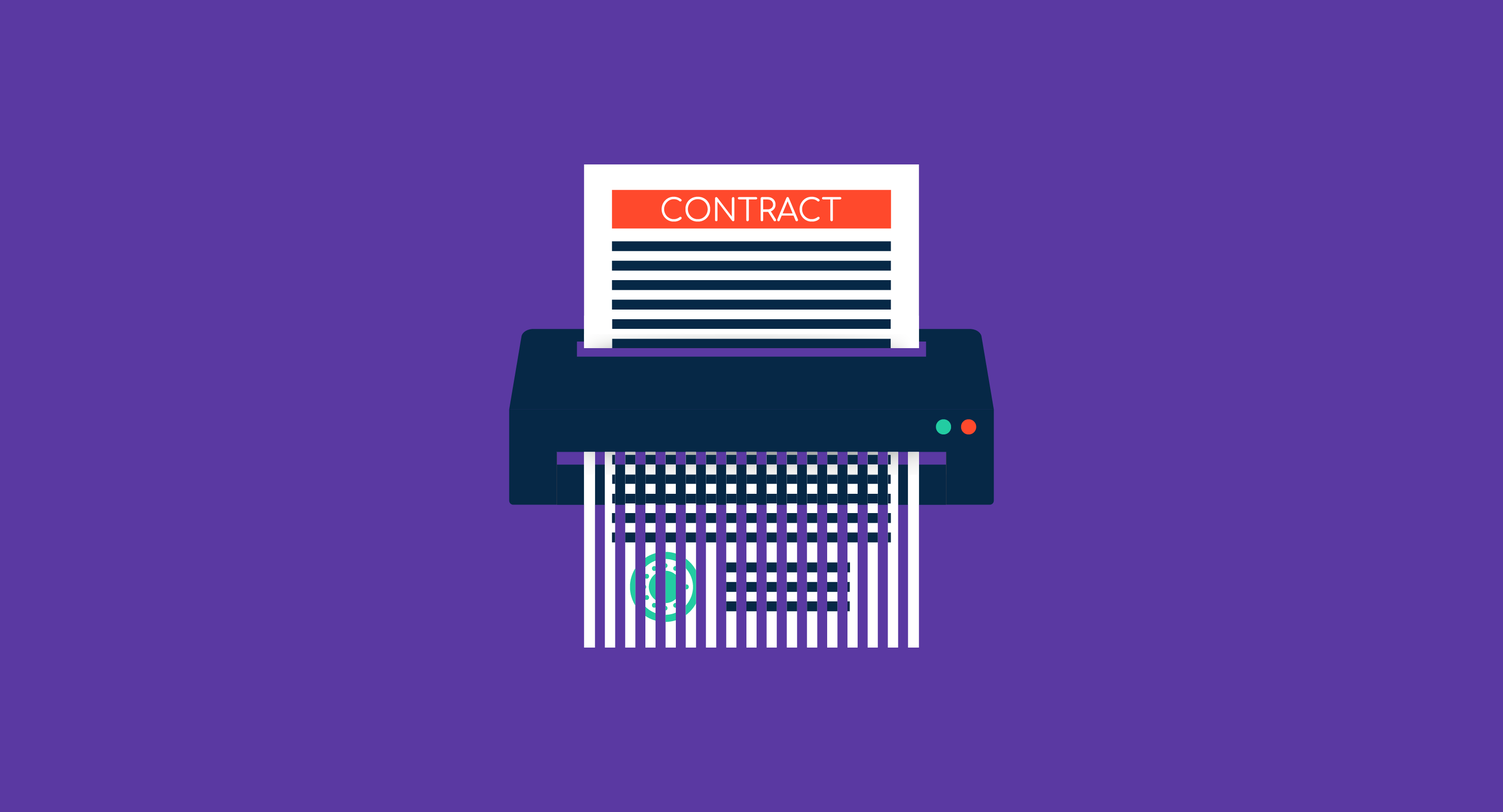 The Not-So-Hidden Risks of Breaching a Contract

Rule follower or rule breaker, abiding by the terms of your legal agreements should be a high...

The Not-So-Hidden Risks of Breaching a Contract

Rule follower or rule breaker, abiding by the terms of your legal agreements should be a high...