Programming languages, just like spoken languages, have their own unique structures, formats, and flows.

While spoken languages are typically determined by geography, the use of programming languages is determined more by the coder’s preference, IT culture, and business objectives.

When it comes to data science, there are four programming languages that are overwhelmingly preferred. We asked data analysis experts to break down each of these languages and their roles in deconstructing big data.

There are many, many programming languages today used for a variety of purposes, but the four most prominent you’ll see when it comes to big data are:

Some of these languages are better for large-scale analytical tasks while others excel at operationalizing big data and the internet of things. Let’s start with Python to see where it fits.

It’s estimated that there are nearly 5 million Python users today, making it one of the most commonly used languages. As a matter of fact, even NASA uses Python to program its space equipment.

Python’s popularity is boosted by its relatively low learning curve, and more entry-level coders are looking toward Python as their first language. But what is Python’s role when it comes to big data? Let’s hear what our experts have to say: 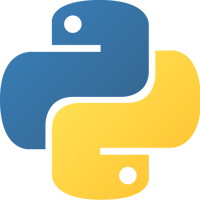 “Python is pretty simple and easy to learn, but tends to be a bit behind the times. New features are usually offered to Java first with Python not getting those features for a few updates.”

“In recent years, Python got its value due to the emergence of artificial intelligence, machine learning, and data science. Python is best compatible with machine learning and data analysis, or any activity that includes static graphics, mathematical calculation, automation, multimedia, database, text-images processing.

The main advantages of Python are its huge libraries that can perform multilevel tasks. This Python qualifies for big data analysis.”

“If I had to choose one language, I would put Python as a very good choice for working with big data. Why is that?"

“The best all-around language for working with data in Python. Python has a massive open source community with thousands of libraries that make it easy and straightforward to work with data on any scale.

For example, the Numpy library allows Python to achieve C-like speed when working with vector and matrix math. Similarly, the Pandas library, which is built on Numpy, allows you to vectorize operations that clean and transform huge datasets with ease. The Python ecosystem makes it really simple to quickly analyze data and prototype machine learning solutions.”

R is another open source language like Python, however, its application is much more statistical and comes in handy for data visualization and modeling rather than analysis. Let’s refer to the experts again to hear their opinions on R. 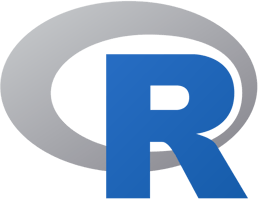 “R is powerful, but can't really be used as a general-purpose language. Although you can do great things with R, you will probably have to translate it into Python, Scala, or Java before actually using it.”

“One of the most versatile programming language used by data miners and data scientists to analyze data. It offers strong object-oriented programming and simplified jobs in computing language. The plotting of statics can be easily figured out to produce graphs and other mathematical symbols.”

While R has many capabilities, the language itself is quite advanced and the learning curve is considerably steeper than Python. Although, the community support and the sheer number of available libraries for Python are greater. So, it really comes down to the coder’s preference.

One of the earliest programming languages, Java is widely known for its versatility and unifying many of the data science techniques. Also, Hadoop HDFS – the open source framework for processing and storing big data applications – is entirely written in Java. In addition to this, Java is also extensively used in building various ETL applications like Apache Camel, Apatar, and Apache Kafka that are used to run data extraction, transformation and loading in a big data environment.

Our experts discuss why Java is popular for everything big data. 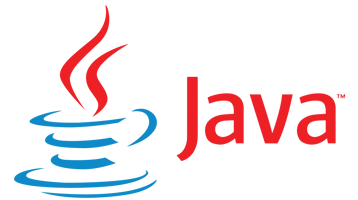 “Java is probably the best language to learn for big data for a number of reasons; MapReduce, HDFS, Storm, Kafka, Spark, Apache Beam and Scala (are all part of the JVM (Java Virtual Machine) ecosystem.

Java is by far the most tested and proven language. It has a huge number of uses and can run on almost every system – easily the most versatile language, so hugely useful for big data. Being portable, investing in Java is long-term beneficial for developers. As Oracle's Ron Pressler said, Java is 20-something years old. It will probably be big and popular in another 20 years. We have to think 20 years ahead.

Java has vast community support like Stack Overflow and GitHub, and while it may not be as streamlined as Scala or as powerful for data as R, it is still far better than any other language.”

“I believe that the fundamental big data programming language is Java, as all core big data technologies, such as Apache Hadoop, Apache Hive, Apache HBase, Apache Cassandra, and others, are written in this programming language. Other important languages are Python and R. Python is a perfect choice for ETL and data analytics, while R is the language of data science.”

The final language on this list is called Scala, a high-level open-source programming language part of the Java Virtual Machine ecosystem. Scala is basically short for “scalability,” which hints its usability when it comes to big data. Let’s consult the experts in our roundup to hear their opinions.

“Scala is incredibly popular in the financial industry and you can do a lot with less code in Scala than in Java, however, Scala can easily balloon so it can be slow compared to Java. It is also not as tested or versatile.”

“Aside from SQL, Python, and R, languages such as Java and Scala are not as ideal for big data analysis because they are more like “pure” programming languages that lack syntactic sugar. When compared with Python, there are also fewer data analysis libraries available.”

It’s worth noting that Apache Spark, a cluster-computing framework for big data applications, is entirely written in Scala. You can learn more about Spark by reading some real-user reviews.

Whether it’s a trendy syntax language like Python or more conventional languages like Java and R, choosing the right programming language for big data really comes down to you and your business’ preference.

You know the languages, so how are they used? Read our guide on big data analytics to get a better understanding of how big datasets are examined. 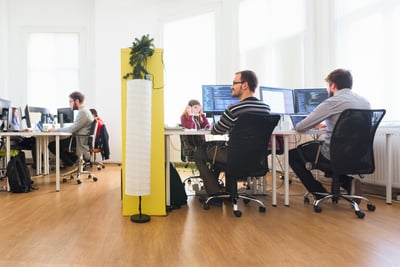