People often assume artificial intelligence means robots coming to life to interact with humans. However, this notion misconstrues the meaning of AI.

Artificial intelligence is highly multifaceted with subcomponents that extend far beyond the “robot-human relationship” misconception.

While browsing the internet, you've probably heard terms like "data mining" and "machine learning," but never could find a concise definition to help you understand what you were reading. Now? You don't have to look far. Below are brief definitions of words and phrases related to AI.

Note: not all letters of the alphabet are listed if they do not contain relevant enough terms.

Algorithm: a formula given to a computer in order for it to complete a task (i.e. a set of rules for a computer)

Artificial intelligence: a subset of computer science that deals with computer systems performing tasks with similar, equal, or superior intelligence to that of a human (e.g. decision-making, object classification and detection, speech recognition and translation)

Artificial general intelligence (AGI): also known as strong AI, AGI is a type of artificial intelligence that is considered human-like, and still in its preliminary stages (more of a hypothetical existence in present day)

Artificial narrow intelligence (ANI): also known as weak AI, ANI is a type of artificial intelligence that can only focus on one task or problem at a given time (e.g. playing a game against a human competitor). This is the current existing form of AI.

Artificial neural network (ANN): a network modeled after the human brain by creating an artificial neural system via a pattern-recognizing computer algorithm that learns from, interprets, and classifies sensory data

Backpropagation: shorthand for “backward propagation of errors,” is a method of training neural networks where the system’s initial output is compared to the desired output, then adjusted until the difference (between outputs) becomes minimal

Bayesian networks: also known as Bayes network, Bayes model, belief network, and decision network, is a graph-based model representing a set of variables and their dependencies

Big data: large amounts of structured and unstructured data that is too complex to be handled by standard data-processing software

Chatbots: a chat robot that can converse with a human user through text or voice commands. Utilized by e-commerce, education, health, and business industries for ease of communication and to answer user questions. 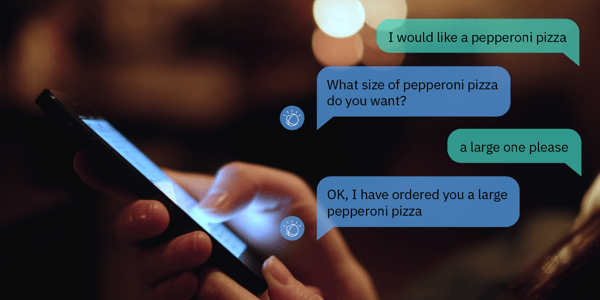 Data mining: the process of sorting through large sets of data in order to identify recurring patterns while establishing problem-solving relationships

Deep learning: a machine learning technique that teaches computers how to learn by rote (i.e. machines mimic learning as a human mind would, by using classification techniques)

Digital ecosystem: several software platforms or cloud services that work in tandem across a network

This section should be of particular interest if you enjoy experimental AI!

Generative adversarial networks (GAN): a type of neural network that can generate seemingly authentic photographs on a superficial scale to human eyes. GAN-generated images take elements of photographic data and shape them into realistic-looking images of people, animals, and places.

Genetic algorithm: an algorithm based on principles of genetics that is used to efficiently and quickly find solutions to difficult problems

Image recognition: the process of identifying or detecting an object or feature of an object in an image or video

Some of the most used terms lie between K-O in the AI glossary!

Limited memory: systems with short-term memory limited to a given timeframe

Machine learning (ML): focuses on developing programs that access and use data on their own, leading machines to learn for themselves and improve from learned experiences

Machine translation: an application of NLP used for language translation (human-to-human) in text- and speech-based conversations

Optical Character Recognition (OCR): conversion of images of text (typed, handwritten, or printed) either electronically or mechanically, into machine-encoded text

Reactive machines: can analyze, perceive, and make predictions about experiences, but do not store data; they react to situations and act based on the given moment

Recurrent neural network (RNN): a type of neural network that makes sense of and creates outputs based on sequential information and pattern recognition

Reinforcement learning: a machine learning method where the reinforcement algorithm learns by interacting with its environment, and is then penalized or rewarded based off of decisions it makes

Robotics: focused on the design and manufacturing of robots that exhibit and/or replicate human intelligence and actions

Supervised learning: a type of machine learning where output datasets teach machines to generate desired outcomes or algorithms (akin to a teacher-student relationship)

Transfer learning: a system that uses previously-learned data and applies it to a new set of tasks

Turing Test: a test created by computer scientist Alan Turing (1950) to see if machines could exhibit intelligence equal to or indistinguishable from that of a human

Fewer AI terms fall between U-Z, but the most important ones are here on display.

Unsupervised learning: a type of machine learning where an algorithm is trained with information that is neither classified nor labeled, thus allowing the algorithm to act without guidance (or supervision)

On the road to expertise

With these frequently-searched terms fresh in your mind, you’re ready to tackle AI head-on and continue your knowledge exploration adventure! While you're at it, take a look at today's best artificial intelligence software around!

Has this glossary piqued your curiosity in learning more about artificial intelligence? If so, check out 11 applications of AI and the benefits and risks of AI. 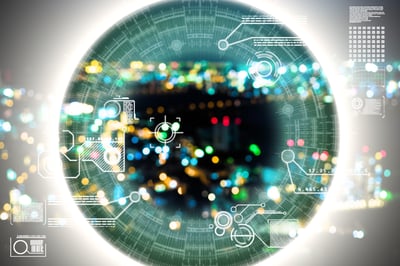 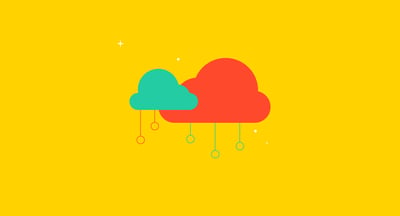